The Department of Interior and Local Government (DILG) has announced that the digital distribution of the second tranche of financial aids is nearing its completion. On a statement by DILG Secretary Eduardo Año, it is expected to conclude on August 15, 2020 especially on isolated and disadvantaged areas that do not have payout partners.

As of this writing, a total of Php 58.5 billion were acquired by low-income families under the Social Amelioration Program (SAP) via several Financial Service Providers (FSP) such as G-Cash, Starpay and Pay Maya as well as Landbank of the Philippines, RCBC, Union and Robinson’s bank for faster and safer transactions compared to the issuance of SAP 1.

Waitlisted families will receive an amount of Php 16,000 equivalent to 2 tranches of SAPs while those on the original list who obtained during the first tranche will get Php 8,000. Poor households from Metro Manila, Makati, Las Piñas, Caloocan, Marikina, Mandaluyong, Pasig, San Juan, Navotas, Quezon, and Valenzuela City will take their cash assistance through digital payouts.

Meanwhile, DILG Undersecretary and Spokesperson Jonathan Malaya reminds all recipients to practice social distancing and frequent wearing of the facial mask on claiming their remittance because it will be an irony if they will fall victim to COVID-19 virus.

The Republic Act 11469 or the Bayanihan to Heal as One Act was imposed to give authority to President Duterte in battling novel coronavirus. It is the government’s response as the country is facing a national emergency on the ongoing worldwide health crisis.

It can be recalled that SAP 1 should have been finished before the month of May ends however, it was delayed preventing double payment on some beneficiaries since some of them already got their subsidies from other government agencies. Another reason is to validate qualified families. As a result, SAP 2 only started at the end of June.

Aside from DILG, the Department of Social Welfare and Development (DSWD) is also part of the dispensation of emergency aid. Recently, there were calls to have SAP 3 after Manila, Cavite, Laguna Bulacan, and Rizal were placed to Modified Enhanced Community Quarantine (MECQ) due to the continuous rise of COVID-19 cases.

On the other hand, Malacañang stated that it is up to Congress since the public funds are not allowed to be spent without the law. 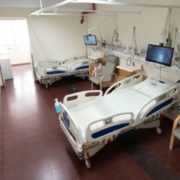 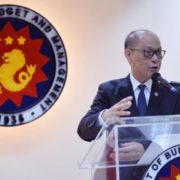 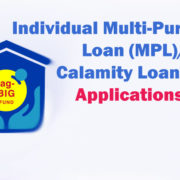 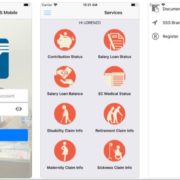