According to information gathered by the pension fund, half of the 454 retail stores in the area were non-compliant to RA 8282 or Social Security Law of 1997.

“Of the total number of stores mapped here in Farmers Plaza, 70 belong to our Large Accounts Division while the remaining 384 were supervised by our branch operations. And of these stores being handled by our Cubao Branch, 260 were found to be non-registrant to SSS,” Dooc said.

In tally, only 73 retail stores are regularly paying their employees’ SSS monthly contribution. Meanwhile, 37 were intermittently paying, 8 were not paying, 29 are not registered and 6 others claim to have no employees.  The remaining 231 refused to give statement to SSS field officers.

Nonetheless, those in violation were given letters of notice to remind them of their obligation to pay their employees’ SSS monthly contributions.

This operation is already the second this year after having one in Greenhills Shopping Center last April. SSS issued Show Cause Orders to AGM Apoyon General Merchandise, Handtag Apparel Shop, HHMJ Fashion Collection and Rumble @Tum’s café due to non-registration for coverage despite a demand letter issued earlier last June 14.

The show cause order was also posted on the store as a stern warning to employers of their accountability if they violate the Social Security Law.

Is your employer not properly remitting your SSS contributions?

Go to the SSS branch nearest the place where your employer conducts business and file a complaint. If possible, bring proof of employment.

Employers who would be found guilty of non-remitting contribution can be sentenced up to 12 years in jail without probation. 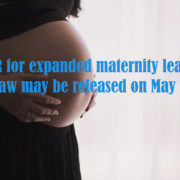 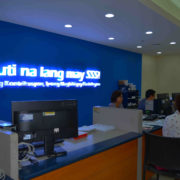